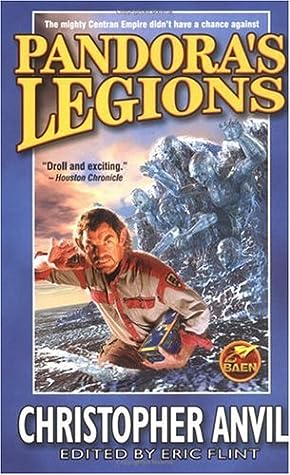 Complacent, because the Empire had long been expanding without encountering more than minor obstacles. And then they came across Pandora's Planet, that is, Earth In spite of the Centran superiority in technology, the conquest of Earth took over three months, when the invaders were used to wrapping things up in less than two weeks. But "conquest" might be too optimistic a term to use, since the locals were still waging guerrilla warfare and sabotage, and the Centrans were hanging on by their equivalent of fingernails. He's not. He hasn't. The short stories follow the adventures of a human military officer who winds up in the Centran army.

Each story is at least entertaining, if a little objectivist "everything would be better if only authority figures I don't like would bow to the obvious superiority of the junior guy I made up as if that proves something". In each of these, which have been turned into chapters scattered at random through the book, he's tasked with subduing some uppity natives who aren't properly rolling over for the Centran overlords.

Why is it necessary for the aliens to conquer all of the galaxy, and we should therefore root for them?


Look over there, shiny! But the solutions are relatively clever, at least.

I did actually enjoy these sections, as dated over-imperialist dogman that was still kinda enjoyable. The rest of the book is the tale of a Centran general who tries to keep the humans from tearing the empire apart. Very little actually happens, because the guy ignores characterization like the wussy stuff it is, but isn't so great at creating real tension for upper level politics.

There are not one, but two deus ex machinas. Possibly three, if you count Columbia. As the book was originally written, with the human military officer basically off-stage for everything, it would have been four. So, that happened. And the philosophy. Most of this is self-congratulatory back slapping in which a lower officer righteously triumphs over a stupid superior, again as if that proves something when the author is the one who made the superior dumb.

No dumb superior ever turns out to have a legitimate reason for their actions--no, it's just that people in authority are dumb, so people the author likes should be in charge. Anyone who got higher education is dumb. Anyone with a political opinion is dumb. Anyone with PTSD is malingering. People should be slapped until they wise up, and then go be virtuous farmers or lower level soldiers who stop education at Oh, and women don't exist.

At all. Seriously, there is not a single female character in the entire book.

There is a kind of righteous joy in watching stupid characters get slapped down. And the military exploits are interesting puzzles.


But man, this is a fabulous example of the worst of classic science fiction. View 2 comments. Nov 21, Ryk Spoor rated it it was amazing. Long ago, when I was in 6th grade, my teacher Mr. Dickinson gave me two SF books to read. One of them, Second-Stage Lensmen by Doc Smith, transformed my world forever I've talked about that in detail on my own site, www. The other was Pandora's Planet , the earlier edition of Pandora's Legions. Pandora's Planet was the first story I ever encountered which was told from the point of view of the alien invaders, rather than human beings.

It was a C Long ago, when I was in 6th grade, my teacher Mr. It was a Campbellian "Humanity Uber Alles" type of story, but with quite a twist as the human "superiority" was also shown to be potentially dangerous not just to the aliens but to humans, ultimately.

The story follows the career of one particular officer, Klide Horsip of the Centran military forces, from his initial encounter with the "lop-tailed humanoids" human beings, as we know them and the hellish work necessary to finish the conquest of a single planet, and then through his observation of the effect of humanity's spread through the Centran civilization and the eventual solution of the problem they pose -- as well as other problems that arise to threaten both sides.

When Pandora's Legions was published I had some trepidation at trying to read it again. Would it hold up to my fond memories? It did. Very well.

Oh, there are undoubted signs of its age -- there are no female characters of any significance in the book, for instance, and the technology of Earth and Centra both show that they couldn't have been written much later than the mids or so, since there are essentially no computers, microprocessors, etc. In some ways the latter actually makes the book feel more solid; the Centrans may have some technological tricks we don't FTL travel, for instance but they don't have some kind of physics-breaking handwavy superweapons; they still use guns and tanks and such, and have been for many, many centuries indeed.

The central plotline, the twists and turns, these all hold up well, and I found Klide Horsip an even more engaging protagonist than I had expected. This particular edition is also improved by the addition of the separate stories of "Able Hunter", a human agent and his handpicked crew working for the Centran government to help troubleshoot things in various locations around the Galaxy. In "Pandora's Planet" these adventures were alluded to only in passing to explain what the human character was up to when Klide didn't see him around; adding them in gives us more depth to the universe and two points of view for what's going on.

I might, honestly, not give this a whole five stars, but it's a solid four and a half, and since I've seen a number of much lower review ratings I'm giving it five.

Mar 21, MB Taylor rated it liked it. That said it works pretty well as a novel. The novel starts with the invasion of a planet going terribly wrong. I picked up one of them not sure which because it promised to be humorous and I like humorous SF. So being me, I started hunting up the others. Then I got my Nook, and I started looking around for free ebooks to download and discovered this one. So I read it. Jun 13, YouKneeK rated it liked it Shelves: anthology , science-fiction , standalone.

This actually worked quite well as far as coherency goes; the book was consistent and relatively seamless. For the most part, the stories are told from the perspective of two different characters — one human and one alien. I think the larger bulk was told from the perspective of the member of the alien species, the Centrans. The Centrans dominate the galaxy, exploring new worlds, conquering them, and then apparently assimilating them into their own culture. This book was by turns funny and dry, but it leaned more heavily on the dry side in my opinion.

The thing that kept sticking out to me, as I read the e-book on my Kindle, was the excessive amount of paper in the stories. We have paper informational printouts, paper communications, paper announcements, and paper reports. We have stacks upon stacks upon stacks of paper reports. We get to read snippets of these reports, which are often written in an intentionally dry and pedantic manner or, less often, in an intentionally convoluted manner.

follow Some stories focused more on action taking place on one of the planets, while other stories focused more on the Centrans and their attempts to understand and decide what to do about the humans. The former were far more interesting to me. Nov 26, David Major rated it liked it. This is clever, entertaining writing. Easy to read, it picks you up and happily takes you on a trip through the various trials of being an alien a Centran trying to civilize the universe. On another level, it possesses a philosophical undercurrent, concerned with the question of what makes humans the st This is clever, entertaining writing.

On another level, it possesses a philosophical undercurrent, concerned with the question of what makes humans the strange and constantly inventive creatures that you all are. 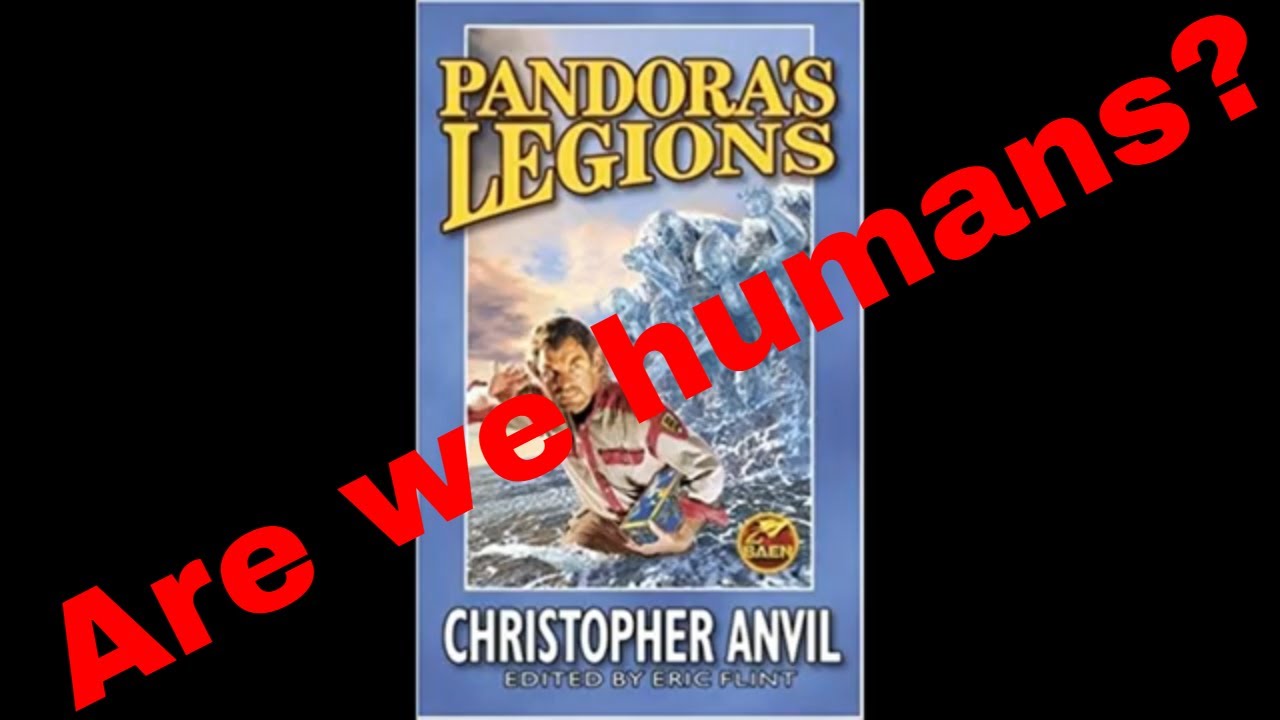 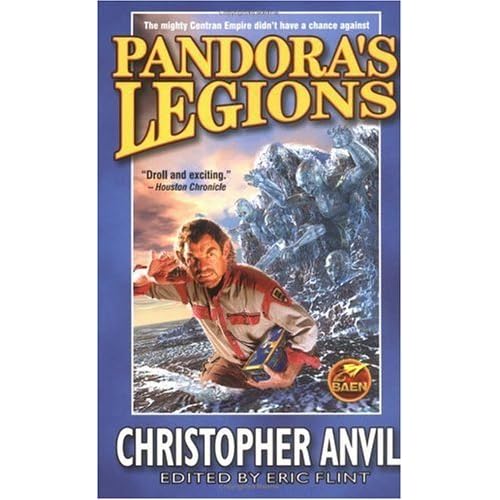