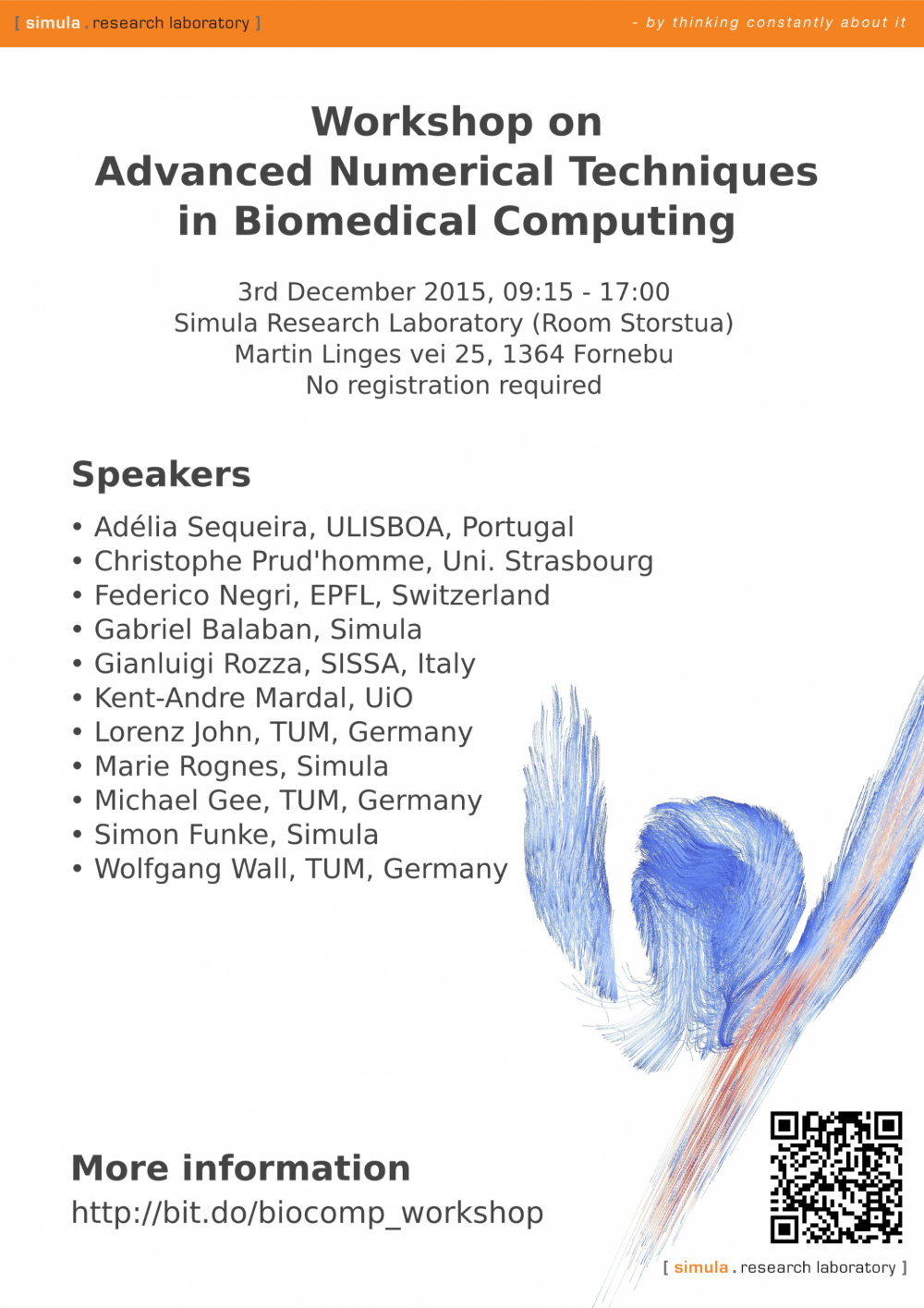 The results were statistically significant. Solutions produced by the pairs took 60 percent more total time, but dividing the total time by two, they completed the tasks 20 percent faster. And the author of the study reported that the pairs produced higher-quality code.

Subsequent studies with larger groups over longer periods of time, summarized by Laurie Williams at North Carolina State University, have expanded on these early results. Pair programmers tend to produce code that is easier to understand, and they do so with higher morale. Their productivity may fall initially as the programmers adjust to the new work style, but productivity recovers and often surpasses its initial level as programmer teams acquire experience. Related studies have also given insight into what actually happens during pair programming.

Changing partners regularly seems to help, and swapping roles periodically between driver and navigator helps keep programmers engaged. These results can even influence hardware design. Some teams have two people who both do best when they have control of the keyboard. Why not provide dual keyboards and mice? Despite the accumulation of evidence in its favor, pair programming is still very much the exception in industry. Managers and programmers alike often brush the data away, clinging to the idea that putting two people on one job must double staffing requirements and therefore cannot deliver efficiency.

This is an unfortunate phenomenon in many fields. Some people resist change tenaciously, even in the face of evidence and at the risk of failure. Another holy grail of empirical software engineering research is finding a way to tell good programmers from bad. A widely quoted piece of folklore says that good programmers are 28 times better than average or 40, or , or some other large number.


Yet everyone who has programmed for a living knows that there really are huge differences in productivity and capability among programmers. Other than hiring someone and watching her work for a couple of years, how can we spot the stars?

Figure 4. Jo Erskine Hannay at Simula Research Laboratory has addressed the issues of talent and expertise by breaking the question into parts: Can we actually define what it means to be a good software developer? Can we reliably determine that one developer is better than another? Hannay zeroes in on a field called individual differences research, in which individuals are classified by characteristics that separate one from another, such as personality. Although some pseudoscientific schemes used by human resources departments and dating websites have given personality testing a bad reputation, modern programs such as the five-factor model have solid scientific foundations or as scientists might put it, we have construct validity for the concept of measuring personality.

The five-factor model and similar protocols address dimensions that include extraversion, agreeableness, conscientiousness, emotional stability, and willingness and ability to learn from experience. We also know that programmers tend to have certain personality types and that they vary less in personality than the average population. Can we use findings like these to discover good programmers? The short answer is no.

The people who swear by their beliefs about personality and programmer success have now been given reason to assess their position critically, along with methodological support for doing so. Would it help if software developers were required to undergo some sort of certification? In most of the industrialized world, engineering professionals must be licensed; a preliminary exam permits them to practice and gain experience as an engineer-in-training, followed some years later by a deeper exam, often specialized according to their discipline.

Mastery of a body of knowledge would be the gateway, but at present that would be establishing a required body of knowledge before demonstrating empirically that it is the right body of knowledge. If done right, such a program would be based on a codified body of necessary knowledge and best practices, just as exams in civil, mechanical, and electrical engineering are. Their intentions are noble, and conscientious professionals are steadily assembling a potential set of standards. We are skeptical of this work, for the very reasons that we are committed to empirical software engineering research.

In place of a trustworthy gateway, we fear that a Software Engineering Body of Strong Opinion would create a false belief that we know more than we do at present about how software can and should be made, how the quality of software can be rigorously determined and how programmers should take on the job of programming. That knowledge is the very thing empirical software researchers are stalking. For example, in the s a group of respected software designers combined forces to create a graphical notation for computer programs called the Unified Modeling Language UML , which was intended to fill the role of blueprints and circuit diagrams in civil and electrical engineering.

Despite a great deal of hype, UML never really caught on: Almost everyone who earns a degree in computer science learns about UML at some point, but very few programmers use it voluntarily although some are obliged to use it in order to satisfy the terms of government procurement contracts. They also found that the cost of turning hastily drawn whiteboard doodles into formal instructions was greater than the value of the diagrams to the programmers who were creating them.

Companies selling UML drawing tools ignore this awkward result, but we are hopeful that a younger generation of software designers will incorporate into their work both findings like these and the research methods behind them. In other words, if the people writing a program are divided into four teams, the program they create will have four major parts.

Vista consists of thousands of interrelated libraries and programs called binaries. When an error occurs, the breakdown can usually be traced to a fault in a single binary or to a breakdown in the interaction between binaries. Nagappan, Bird, and their team used data mining to explore which aspects of software construction correlated with faults. Nagappan and his collaborators then used their data to predict failure-? What did matter was organizational separation: The farther apart team members were in the company organization chart, the greater the number of faults in the software they produced.

This result is applied science at its best: It is both surprising and actionable.

Simulating your cancer treatment on a computer

At present, a tremendous enabler of empirical software engineering research is the open-source software movement, which is rapidly generating a freely available accumulation of code along with complete archives of the communications between developers. In an open-source setting, programmers collect around software projects to produce applications that they want to see available for free. The developers are often in different places and time zones, so communication occurs via email and online forums.

The code and communication records are accessible to all via websites, so interested developers can join the project at any stage to share expertise, troubleshoot and add to the source code. Figure 6.

Like the rest of social science research, empirical software engineering faces challenges in establishing that results are generalizable. Do findings scale from small shops to large, from small projects to large, from industrial, tightly managed settings to the milieu dubbed the open-source bazaar by Eric Raymond? They constitute a historical record of the life of a project, including all of the dead ends and debates, the task assignments, the development of team structure and many other artifacts.

They can test prediction engines to assess the validity of theories about project structure and code development. Bug-tracking records and the interpersonal interactions involved in solving software flaws serve as a narrative of the incremental improvement of code quality. Before the open-source community took on its present form, this kind of access to project archives was available only to investigators in corporate research units.

As the open-source movement developed, there was a feeling that researchers should treat it as a special case in the realm of software engineering. Oslo International Hub is a co-working space and incubator helping expats and re-pats get into the Norwegian business scene and grow businesses with an international focus. Bitraf is a maker space in Oslo which is open to anyone 7 days a week. It focuses on analog and digital needlework, 3D printing, digital art, programming, design, electronics, laser cutting and similar activities.

Hackeriet is a hackerspace in Oslo. Hackerspaces are community-operated physical places, where people share their interest in tinkering with technology, meet and work on their projects, and learn from each other. Kjeller Innovasjon guides the innovation process from an initial idea to a growing company. Teknologihuset : a gathering place for people within the IT industry, and home to a very active research community.

Oslo MedTech Growth House is a health technology cluster, dedicated to accelerate and support the development of new MedTech and eHealth products, services and innovative solutions for the Norwegian and global healthcare market. Oslo Cancer Cluster Incubator is offering an incubator as well as tailored lab spaces for companies and startups specifically in the cancer research area. Oslotech : built and operated at Oslo science park, it now has more than companies and research organizations rent offices and labs here.

Every year Oslotech organizes and hosts many different events in their large in-house conference center, bringing together students, researchers, entrepreneurs, people from the industry as well as investors. HiOA Maker is open to university and high-school students, developers, artists, designers, researchers, and businesses. BI Co-working Space is a co-working space and a small office community built out of the initiative of students and teachers at BI business school. Open to all BI students who are keen entrepreneurship in practice.

Financing Opportunities In Oslo Accelerators: Angel Challenge is a hands-on investment program consisting of several evenings where the participants learn angel investing together. A group of angel investors will learn how to do their first investment together with more experienced investors. A group of startups will go through the investment process with a chance to get a 1 NOK investment. The program runs through four phases, starting from the application and preselection, into pitching, due diligence, and the finale.

Through a challenging curriculum and strong post-program support, they provide aspiring entrepreneurs with structure, mentorship, and a network to start an enduring company. TechMakers : providing short-term programs with business development guidance, mentors, network, customers. Currently has programs focusing on energy and green accelerator. Norselab : accelerator that does seed investments that most often partner with industry experts to co-found companies. Incubators: StartupLab : a business incubator and co-working space and with room for up to entrepreneurs.

StartupLab also invests in selected startup companies. The focus is on energy, the environment, community safety and bioeconomics. Venture Factory : an incubator that focuses on e-commerce, technology, and performance marketing. Moonwalk Innovation combines crowdsourcing, crowdfunding and shared ownership to create growth companies over a period of 2 years.

Founders Fund : investment fund by StartupLab, provided to some startups that have been accepted to StartupLab. Oslo Business Region : develop areas, networks, and tools to support startups to successfully launch and grow their business ideas. IKT Norge is the interest group for the Norwegian ICT industry that represents the full range of the spectrum from the major players down to small entrepreneurial companies. 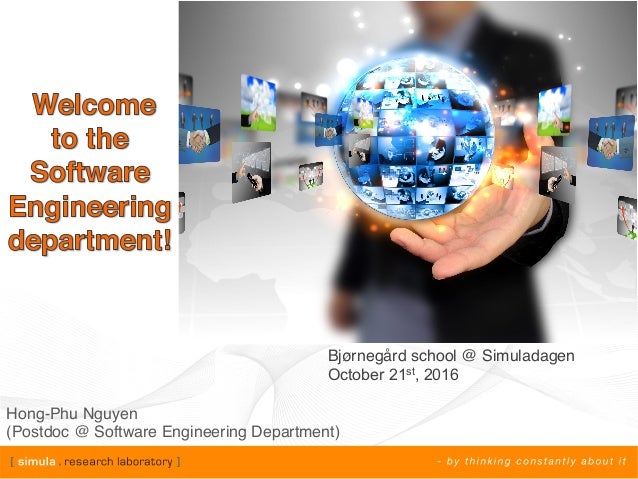 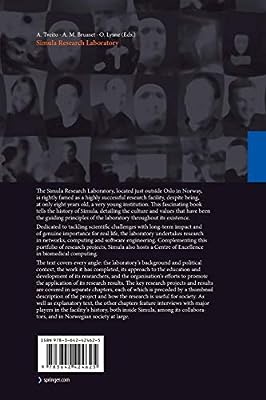 Related Simula Research Laboratory: by Thinking Constantly about it